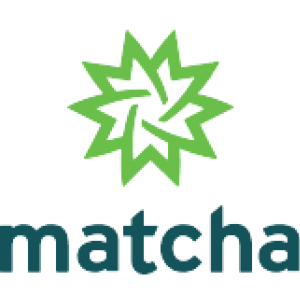 21 Awesome Places to See in the Southeast

On May 1, 2015, two lucky members of the RootsRated team set off on a 5-month, 20,000-mile cross-country road tour across the United States. The main goal of the tour was to connect with over 30 of our specialty retail partners across the country by hosting a series of pint nights and grassroots meet-ups. (The private goal, however, was to see firsthand some of this country’s most beautiful and awe-inspiring terrain.)

Here are 21 of our favorite stops from the Southeastern leg of the journey—all highly worth a visit if you’re ever in the area.

Located 45 minutes west of downtown Chattanooga, Foster Falls offers a sport climbing crag with 179 routes at a wide variety of grades and heights, great for all leevels of climbers. The cliff line is made up of vertical to overhanging sandstone that overlooks Little Gizzard Creek, and the approach hike provides excellent views of 80-foot Foster Falls on the way up.

Home to water-filled quarries, 10 miles of smooth singletrack trails, and even a newly unveiled crag with 10 routes, Ijams Nature Center is an urban wilderness area that Knoxville residents should feel incredibly excited to have in their backyard. The trail running and mountain biking scene here is particularly worth mentioning, as the trails are fast, flowy, and super accessible.

Just outside of Cookeville, TN, Cummins Falls is widely regarded as one of the best swimming holes in the country. The hike down from the parking lot is steep and switchbacked, and once you reach the water, there’s about a mile stretch of rock hopping and water crossings. But eventually, you’ll stumble upon a true Central Tennessee oasis, complete with a stunning waterfall that cascades over a series of shelf-like ledges into a deep, emerald green pool below. Definitely a destination for the summer bucket list!

Only 9 miles from downtown Nashville, Percy Warner Park is a vast and welcoming green space with surprisingly dense, heavily-wooded forests and deceptively punchy roller coaster trails that you can really bomb down as a trail runner. The Mossy Ridge Trail, in particular, is the trail of choice for many Nashvillian locals looking for a well-rounded 4.5 mile loop that has it all: steep climbs, fast descents, and far from technical singletrack trails.

The Pinewood Social is a classy meeting house for people from all walks of life—from suave businessmen and women, to fedora-wearing hipsters, to a couple of grimy RootsRated staffers doing computer work at a table all morning, drinking unlimited cups of Crema coffee, eating elegant egg Benedict dishes, and not once feeling pressured by the staff to leave. In addition to the high quality and inventive cuisine, the Pinewood Social also boasts a bowling alley, a sleek and sophisticated bar, a bocce court, outdoor seating galore, and even a pool. Yes, a pool, where you can lounge about with Tecates and Mexican street tacos from the Airstream food truck that’s onsite.

North Chickamauga Creek, which begins high on the Cumberland Plateau as an experts-only whitewater run, becomes a gentle twenty mile ribbon of water when it reaches the valley at Soddy, Tennessee, eventually reaching the Tennessee River just below Chickamauga Dam. For a relaxing day on the water in a serene setting, it doesn’t get much better than a float down North Chick.

On the western brow of Lookout Mountain just outside the quaint mountain village of Mentone, AL, DeSoto Falls is a place that was seemingly destined to be photographed. The 104-foot waterfall carves out a pathway through the sandstone bowl surrounding it and then smacks the pool below with loud, erratic claps reminiscent of a giant natural shower. To get to the bottom of the falls requires some rugged scrambling down a steep trail, but reaching the beach below is a great reward, as you can skip rocks, snap photos, and even take a dip.

Sitting atop a ridge overlooking downtown Birmingham, Ruffner Mountain is one of the largest urban nature preserves in the country at 1,036 acres. The 12 miles of trails are often comprised of red soil due to iron ore deposits in the mountain. And where there are iron ore deposits in Birmingham, there are often mining pasts, so the incredibly verdant forests at Ruffner are littered with secret quarries and intriguing relics and furnaces from the industrial past. On the top ridge, the trail becomes an extremely well-kept stretch of smooth double-track where trail runners can really get going, and there are some prime views of the city skyline from one of the overlooks.

What can you say about Oak Mountain State Park? As Alabama’s largest state park, Oak Mountain is home to some of the best mountain bike trails in the Southeast, 51 miles of hiking and trail running trails, and 60 primitive campsites. As soon as you enter, you can tell it’s a special place, as it’s 10 degrees cooler than the surrounding suburbs, and there are dense mixed-forest trees towering in every direction, lakes teeming with paddlers and swimmers, and rolling asphalt roads with cyclists pumping up hills around every turn in the road. A paradise for any type of recreationist.

Just down the road from the “Oldest Town in America” (St. Augustine, FL), Anastasia State Park is a destination full of “New World” lore. Along the 4.5 miles of undeveloped beach, and among the groves of gnarled live oaks and marshy grasses, it’s easy to imagine Spanish conquistadors and lawless pirates marauding the area. Today, the park is home to 1,600 acres, over 130 exotic cove-like campsites, ancient Native American and Spanish quarries, and enticing ecosystems. Insider’s tip: grab some Baja shrimp tacos from the taco stand just before the entrance of the park.

Wekiwa Springs State Park is a revered local favorite for Orlando residents. Sixteen miles from the city center, this park offers prime paddling access to the Wekiwa River, a number of trails and pathways through the Florida jungle, and a freshwater spring with year-round 72 degree waters perfect for summer swimming. The people-watching opportunities at the spring are fantastic, as all sorts of diverse Central Florida characters come out of the woodworks to bathe in the natural waters.

The easternmost point in the state of Georgia, Tybee Island is a beachside getaway just half an hour from downtown Savannah. The town of Tybee Island itself is a charming coastal community with seafood restaurants, summer beach houses, and hotels, and the long stretch of “no frills” beach gives surfers, windsurfers, and paddlers a great chance to play on the water.

Driving into the Palmetto Bluff resort community is a surreal experience. The paved road leading in—which is lined with live oaks covered in drooping Spanish moss—elicits the feeling of entering an old Antebellum plantation. The resort upholds this nostalgic image with pristine white buildings scattered throughout the well-manicured lawns, lagoons, and green spaces. And though staying the night at the resort can be a bit pricey, the access from its docks to the May River is as easy as it gets—especially considering Outside Hilton Head is onsite offering boat rentals and tours. Paddle out to the sandbar and explore the channels through the marshy reeds for a true Lowcountry experience.

For generations, Daufuskie Island has existed in a world of its own. For many years following the Emancipation Proclamation, the island was inhabited by the Gullah people (the closest descendants of enslaved Africans), and it existed as a small island community without much contact to mainland society throughout much of the 20th Century. Today, the island is home to a bizarre mix of four golf courses, a rum distillery, a history museum, roughly 200 year-round residents, and only one paved road. Despite the modest development in recent years (a handful of street signs), the island maintains its remote and isolated feel with sand and gravel roads, vintage general stores, decrepit houses, dense sections of heavily-wooded forests and marsh, and plenty of ruins and relics from bygone times scattered about the area. One of the best ways to experience Daufuskie is to take the Artisans and History Tour offered by Outside Hilton Head.

The small Southern town of Bluffton, South Carolina is a place that’s brimming with Lowcountry charm. It has some fascinating Civil War history, as there are only nine pre-war buildings still standing to this day, which survived Sherman’s pyro-friendly raid through the Southeast. Today, Bluffton is also home to the only operating oyster factory on the East Coast, as well as serene streets lined with old-timey storefronts, galleries, and restaurants. Vineyard 55 is particularly worth visiting, as its specialty wood-fired pizza and rotating craft beer options make for a memorable late afternoon dining experience once you’re winding down from your day’s exploration.

With miles of sprawling trails and undeveloped beach, Hunting Island State Park offers a prehistoric-like camping experience amongst a maritime forest of palmetto, palms, and pines. You can almost imagine dinosaurs lurking and ambling through the tropical forest. Pine needles and giant pine cones are strewn across the forest floor. Stray magnolias are thrown into the mix here and there just to add to the lushness. And in spring and summer, ocean breezes sweep in from the beach keeping the forest cool and oasis-like. (Insider’s tip: campsites 45-55 offer prime ocean views.)

Conveniently tucked between rows of pastel houses and traditional Charleston buildings, the NotSo Hostel gives travelers a taste of Lowcountry living. With welcoming sounds of creaking doors and floorboards, and slanted porches that seem to slide you straight into the communal kitchen, this hostel isn’t “cookie cutter” in any sense of the term. You can rent bunk rooms, private rooms, or even set up a tent in the back, and just a five minute walk from the always-happening King Street, you’re really in the heart of it all.

Folly Beach is the estranged, hip, rule-breaking older brother of Sullivan’s Island and Isle of Palms. You don’t go there to show off your new designer beach gear, or make an appearance at a social function—you go to Folly to drink beer, eat fish tacos, and chill out in the Bert’s Market parking lot. Most importantly though, you go to surf. Sure, no one is “getting tubed” or busting aerials all over the place (unless the man upstairs sends a hurricane our way), but they are cruising on little 2 footers and loving every minute of it, especially when it’s glassy.

Bald is beautiful. Especially when referring to the grassy bald known as Black Balsam. A short ramble through a fragrant forest of Balsam Fir trees leads visitors to panoramic views atop the Great Balsam Mountains on this High Country adventure. A picturesque drive along the Blue Ridge Parkway climbs from the fertile French Broad River Valley up to the highlands of the Pisgah National Forest for stunning 360 degree views. Ease of access, endless views, and a short summit hike of less than a mile make this a mountain worth visiting time and time again.

They don’t call Asheville “Beer City, USA” for nothing. From Catawba to Hi-Wire, to Green Man, to Asheville Brewing Company, the city is chock full of distinctly different and special beer-drinking establishments. One classic, in particular, is the venerable Wicked Weed Brewing. Next door neighbors with the famous Orange Peel music venue, Wicked Weed’s location is second to none, and the beer itself packs a punch; of inventive flavor, sure, but also of high AVB’s that will have you feeling happy after just one or two. Head to the basement patio and sit at the long communal tables with other beer-loving locals.